“That’s a prostitute, don’t give her food.” 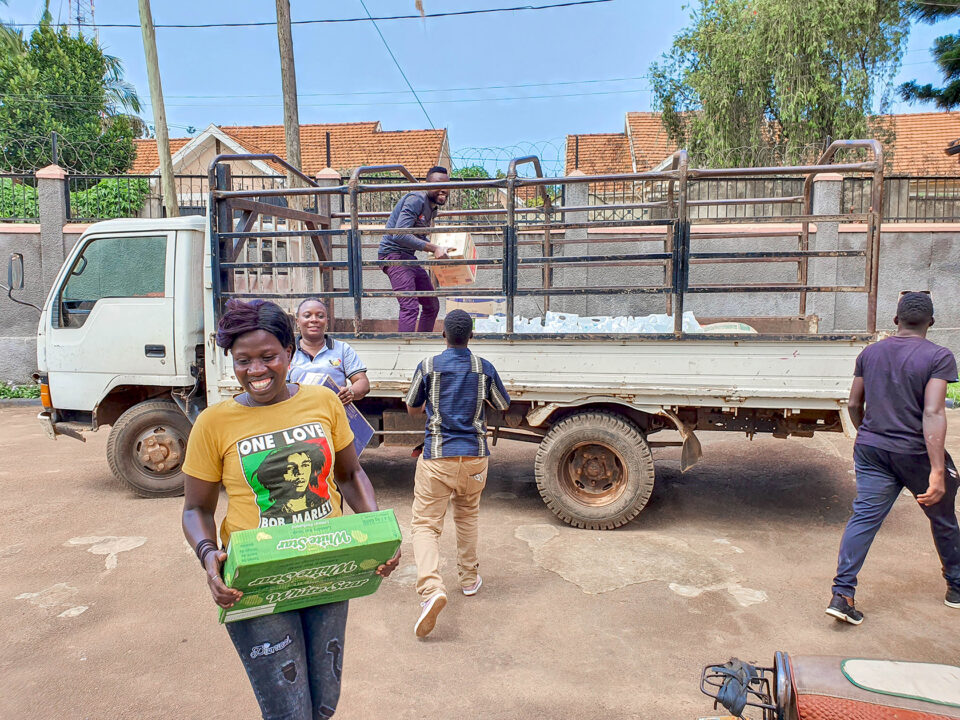 Ms. Justin is a peer leader among sex workers in a Kampala suburb. She spoke out against brazen discrimination by distribution teams in the Ugandan Government’s COVID-19 Relief Program in April 2020. And they eventually got food. Later Lady Mermaid set up distribution for sex workers to ensure that no-one was discriminated against.

When Uganda experienced the first COVID-19 lockdown in April 2020, all bars were closed, no movement was allowed, and due to the abrupt ban on most public transport, some sex workers got stuck in brothels with not enough to meet their basic needs and to support them.

The Ugandan government promised food relief – and everyone assumed that all residents in targeted communities were to benefit – also in Ms. Justin’s community.

However, distribution was marred by prejudice by those distributing – and many sex workers received nothing or very little.

Skipped by the officials

“On the day of distribution, the food distribution trucks arrived led by a local women’s leader, the chairman of the zone, the army, the Red Cross and the Local Defense Unit (LDU) officials. They parked in our zone, Buyinja, which is the first zone in the division, but because Buyinja is a rest area for trucker drivers, it is full of sex workers, and they skipped it,” says Miss Justin.

Instead, she explains, the distribution trucks started from the zones at the far end of the division – Katooko, Kinawataka, Mbuya Hill, Kago – and only later did they return to Buyinja.

We hoped it was our turn to receive food, but when distribution kicked off, to our dissatisfaction, sex workers were skipped by the officials,” says Ms. Justin as she recalls the events around the distribution.

Ms. Justin – sex worker and peer leader
Ms. Justin is 32 and a mother of two. She lives alone with her children in Mbuya-Gaetano Hotspot, Nakawa Division-Kampala. She is a sex worker, and she has been trained by Lady Mermaid’s Empowerment Centre’s (LMEC) to be a peer leader representing her fellow sex workers.

Ms. Justin was trained to promote access to HIV services and advocate for health and other rights of sex workers in her community. She was trained as part of LMEC’s HIV program for Key Populations in Uganda which is funded by AIDS-Fondet

That's a prostitute, don't give her food.

The “Nabakyala” (local women’s leader, ed.) who led the distribution team would point at sex workers and say “That’s a prostitute, don’t give her food” and in that way they skipped four households of sex workers before arriving at Ms. Justin’s.

“They gave me one bag of posho (maize meal) even though my household of three people was eligible for three bags of posho and three bags of beans,” she recalls.

Ms. Justin didn’t keep quiet and instead she told them that it was impossible; “Let’s go back and you equally give food to all other women you have skipped because they have similar needs and even some of them are on medication, they need food support.”

“The lady from Red Cross in the distribution team barked at me saying “Haven’t you received your own food!? Shut up!” and the army officer asked who I was to challenge them.”

Ms. Justin replied to them that while she had received a bag of posho she was also a peer leader looking out for the interests of other women: “I’m mandated to stand up for their rights, they need support too!”

“The army official threatened to arrest me if I didn’t zip up, but I stood firm, and when the ladies who had been discriminated heard me fighting for them, they joined me,” says Ms. Justin.

The women caused a commotion that eventually forced the distribution team to hold an immediate meeting inside Gaetano bar, and consequently, they surrendered and re-distributed the food to all sex workers they had skipped at first in the hotspot.

“Although we succeeded at our hotspot, food we received was not enough as allocated to other people. We also learnt that the incident had happened even among other sex workers from neighboring zones and a good number of them who didn’t have a trained peer leader to stand up for them, didn’t receive food at all,” she explains.

Ms. Justin says that without the training she would not have been and empowered to challenge discrimination against sex workers, and they would have missed out.

Miss Justin also shared the ordeal with Lady Mermaid, who set up a distribution system of food and other necessities to sex workers who were at risk of discrimination from the government’s relief program under COVID-19.