Knowing my rights got me released 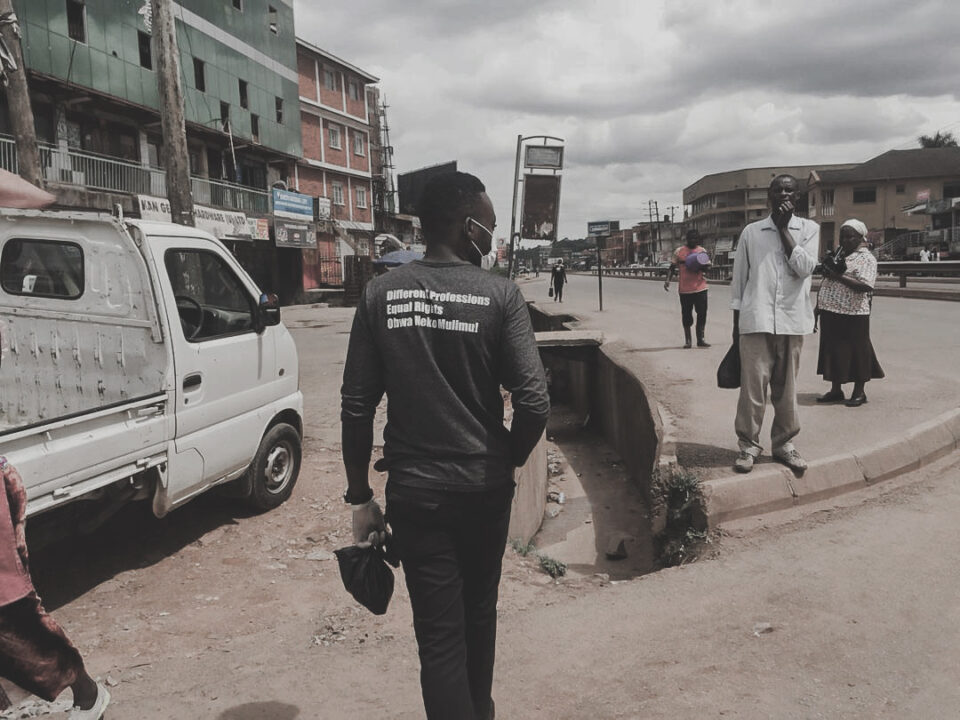 Nsubuga is a health worker and a bisexual man from Bulambuli in Eastern Uganda on the border with Kenya.

He has been attending awareness raising sessions with HRAPF focusing on legislation and rights of all Ugandans – emphasizing that the rights are for all. Also members of the LGBT+ community. Through the training Key Populations have been informed about their rights and have been equipped with knowledge and tools to deal with confrontations with police and other people in service functions.

Awareness and persistence pay off
“This awareness session was indeed timely because even after coming out, I had no clue that I had rights considering I am a bisexual man. Immediately after the training, I was arrested by the police who wanted to harass me and were even trying to force me to write a statement in the absence of a lawyer. But because of my training, I was able to negotiate my way out of police custody after I requested for a lawyer. Due to my persistence, I was released. My family members and relatives were happy that I was out of the police cells and kept on wondering how I managed to be released.”

Nsubuga says he knows of several people from the LGBT community who attended the training, who were able to negotiate for their releases at police and seek justice in case of violations.

As a health worker Nsubuga is also a focal person for Key Populations in the health facility where he works – something he very actively uses to make other KPs feel welcome, he says.
“I continue to serve the KP community by providing friendly services. This makes it easier for community members to approach me when in need of services – they feel comfortable and safe. I also share the knowledge I have from trainings with the KPs I interact with. Learning is gradual and I think more awareness sessions would be useful.”

What we do
AIDS-Fondets programme with The Human Rights Awareness and Promotion Forum (HRAPF) therefore concentrates on three key areas: the capacity of KPs to protect themselves against HIV and AIDS, KPs access to non-discriminative health services and the removal of various structural barriers to HIV prevention. HRAPF’s work under the project focuses on the third aspect, which is removal of structural barriers to HIV prevention among sex workers and MSM.